no one listens today to these songs — I was only a teenager when I first listened to my father’s collection of songs…this song was among them. Like many others maybe I say that the sky won’t fall even if I share this song on facebook…right now my cupboard crackles. But I am not afraid, I believe that the other pieces of furniture or the walls surrounding me won’t crack. I have too many objects in my rooms, but I assure you that it was not my fault, I asked once for a simple life as a nun and I was rejected as always. The world did not allow me to have money in order to have new and simple furniture, like I dreamed once in my youth, when I was 18. Only my carpets are what I dreamed in 1989. Willy-nilly I dreamed about home decorations and then, after many years….to my surprise, they were given to people that did not dream about those, but had money. I remembered some of those and I understood what is the thing that the psychiatrists call deja-vu. All my dreams — they ate everything, but I can still remember some of the visions planted in my brain or what I really dreamed of, they were good things… Only God knows why…A few days ago it happened again to me: I opened accidentally a book at random and it really opened at some thought that I had thought 3 days before opening the book….in my youth such phenomena were even more magical….you know what I mean.

This actor-singer sang many songs relating to justice and rebellion against authority and corrupt establishments. Strange enough that university teacher who destroyed my youth said he was his friend and my father too said that he knew him and that he was a Jew. His songs or his band’s songs gave me hope and good energy years ago.
The song above borrowed the melody from an old Italian tune: 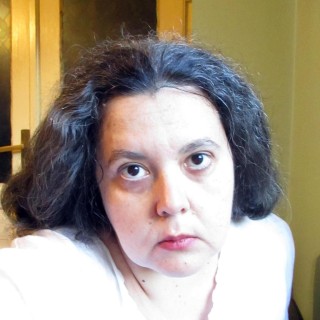